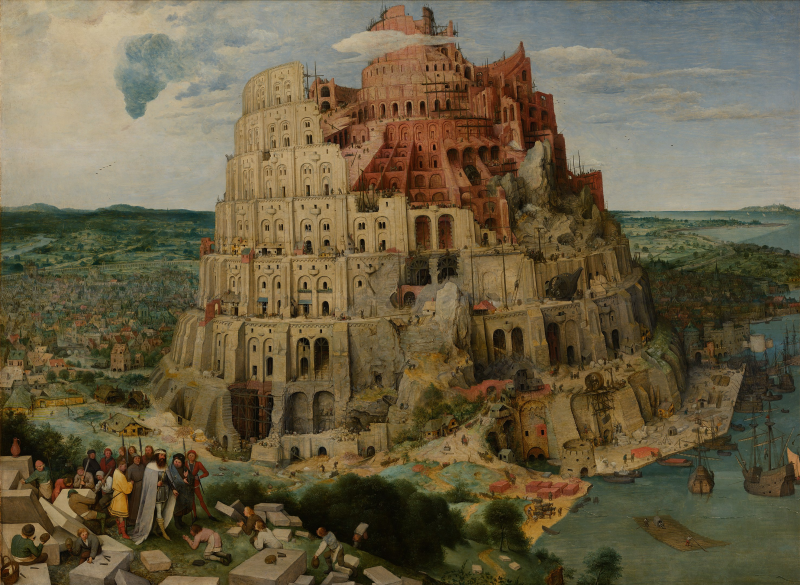 Even in 1947 Miss Sayers was lamenting that students she encountered knew how to read but had little understanding of words. As she said, “they are prey to words in their emotions instead of being the masters of them in their intellects.” The danger of words disassociated from an understanding of their meaning and power is that we can easily become victims of propaganda. Masters of rhetoric whose speech is filled with well-planned emotion can inflame passions by the misuse of words to achieve a political end. Their use of language can even be powerful enough to inspire revolutions.

The Regina Academies honor language as a powerful gift. Becoming masters of words can allow us to share in God’s creative power.

The importance of language

For a large part of the Church’s history, Sunday Mass concluded with the priest reading what was called the “Last Gospel,” which was usually the first fourteen verses of the Gospel of St. John. It begins:

Then, everyone genuflects in reverence toward the end of the reading as the priest says:

“And the Word was made flesh and dwelt among us.”

We first encounter this Word, who came to be named Jesus, in the creation story in the first chapter of the book of Genesis. The text says that God “spoke”, and all came into being. The making of all creation – all being – was brought into existence at, and by God’s Word who we come to know later as Jesus, the tiny child who entered the world of men through the immaculate womb of the Blessed Virgin Mary. Through his passion, death, and resurrection, the Word became our salvation.

The power of the Godhead resides in this Word, the Second Person of the Holy Trinity. The Last Gospel says that “All things were made by Him, and without Him nothing was made,” and “in Him was life, and the life was the light of men.” What an incredible thought to ponder when pondered in the context of his name, Word. God’s Word is creation, and He is life.

We understand human dignity through the incarnation. Doesn’t it make sense, then, that the incarnate Word also gives profound dignity to human speech? Just as God chose to communicate his love to us through his Word (the One through whom all things were made), the gift of speech allows us to know God’s Truth and to share it with others. In this context, the seriousness of the abuse of language becomes clearer, as it is so vividly illustrated by the scriptures: “A man who bears false witness against his neighbor is like a war club, or a sword, or a sharp arrow” (Prov 25:18), or “whoever says, ‘You fool!” shall be liable to the hell of fire” (Matthew 5:22).

As Christians, one of our greatest challenges is to become masters of words – to be prudent in our speech, speak the truth, mean what we say and say what we mean, bless and not curse. Language was given to us to be used for good – to create human community and to proclaim the Evangelium, the good news of God’s love. In its proclamation, it has the power to move the souls of others to truth and create in them another image of Christ.

Given the inseparable connection between God’s Word, human language, and truth, it is no surprise that over the last several decades there have been attempts to undermine the meaning of language as a means of knowing and expressing objective realities, i.e., truth.

The confusion of meaning

Jacques Derrida (1930 – 2004) was one of the most influential philosophers of language in the 20th century, known mainly for his linguistic theory called Deconstruction. Deconstruction is difficult to understand, in fact it is said that Derrida himself resented efforts to define it. But, to attempt to identify two broad concepts:

You might recognize some elements of cultural Marxism in the above points. Derrida is situated historically and philosophically within a neo-Marxist academic movement called Critical Theory. For those unfamiliar with Critical Theory, a fairly easy-to-understand primer can be found here. It is rapidly gaining ground in the U.S. and it behooves everyone who values truth and liberty to have at least a fundamental understanding of it.

For years, Deconstruction lived in mystery in the academic world, but it is no longer some arcane academic theory. Deconstruction provides the underlying framework of Critical Theory, and its influence has permeated colleges and universities, K – 12 public and private education, businesses and corporations, and social movements that are now dividing our country.

For examples of how an academic theory has come to impact our lives:

The Importance of language in the Regina Academies

There has never been a more critical time for the Regina Academies. The Incarnation, not Critical Theory or any other ideology, is the foundation of our curriculum. Our students know that the Word became flesh to communicate God’s truth through his words and deeds. We teach, with absolute confidence, that we can understand and communicate truth through language, and we teach our students that words can, in fact, express accumulated knowledge and universal human experiences throughout history.

That is exactly why our students study great literature. Through it, they learn that language is a gift to be used to cultivate virtue, engage in honest debate, understand the profound implications of what it means to be created in God’s image, to communicate those truths lovingly to others, to build up the Body of Christ and to strengthen the world. They also learn to be wise and discerning of the contradictions and deceptive rhetoric that surrounds contemporary issues that deny truth and threaten human dignity and the social order.

In his famous work, 1984, the ruling party in George Orwell’s dystopian state had developed a new language, Newspeak, to limit freedom of thought, personal identity, self-expression, and free will. We are living in a new, Orwellian-like reality where individuals are deceived by the several manifestations of Critical Theory into believing they are claiming radical autonomy over any constraint of nature or law. To quote from Justice Kennedy’s majority opinion in Planned Parenthood vs. Casey way back in 1992: “At the heart of liberty is the right to define one’s concept of existence, of meaning, of the universe, and of the mystery of human life.” If one’s definition is so removed from reality, they are, in fact, conforming, and therefore enslaving themselves to a dehumanizing and destructive philosophy.

Children and adults are being pressured to conform to our cultural Newspeak, and sadly many of the institutions we once trusted to teach and promote the good can be trusted no longer. Those who dissent are being disciplined by corporate boycotts or losing their jobs. Children are being shamed for their European heritage and disciplined at school if they are brave enough to question the new woke ideology.

“The Word was made Flesh… In Him was light, but the light shone in darkness, and the darkness did not comprehend it… and the world knew him not.”

At its most consequential, life is comprised of choices that lead to diametrically opposite ends. To that point Derrida was right. He was wrong, however, in believing that truth and moral absolutes cannot be known. They are woven into the fabric of creation, written on our hearts, and perfectly expressed by God’s holy Word.

Jesus offers us a choice among opposites: life or death, light or darkness. The Regina Academies accept the obligation, in partnership with parents, to teach children to know the Word, to choose light, to choose life – and to protect them from the darkness that seeks to devour them.

The Regina Academies were founded to help families guide their children to the light that reveals eternal truth through formation in faith and reason.  Our prayer for our school communities, is that the light of Christ will continue to grow in our hearts, and that God’s Word will be welcomed to bring truth to future generations of new saints who will redeem the world for Christ.

Image: The Tower of Babel, Pieter Brugel the Elder, 1563