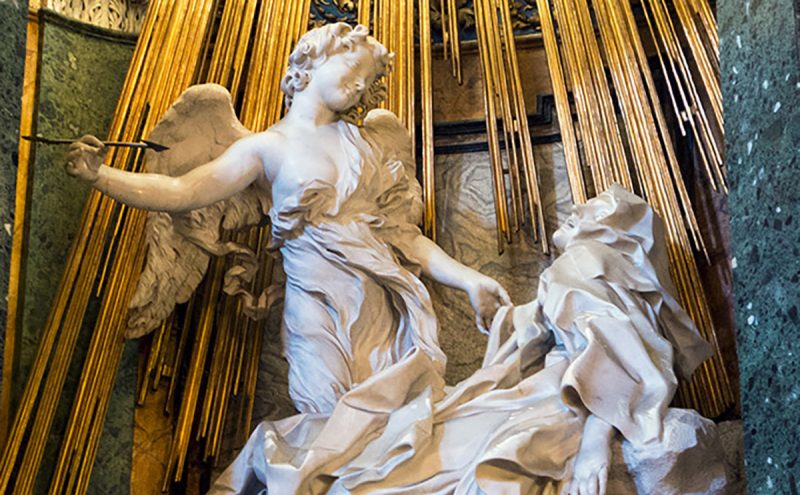 Anthony Esolen is currently Writer-in-Residence at Magdalen College of the Liberal Arts in Warner, NH. He is a well-known Dante scholar (the Claremont Review of Books called his translation of Dante’s Divine Comedy a new standard), and in Catholic circles, he is known as a commentator on contemporary culture and the formation of young minds in the Catholic intellectual tradition.

Mr. Esolen had an interesting article in Crisis Magazine in July 2020 titled, “Why Do Young People Leave the Faith?” He identifies two reasons he has observed from his many years teaching college students: “Their imaginations had not been formed by the Faith and our magnificent heritage of arts and letters, and they wanted to have sex.”

That is why formation in these transcendentals is one of the hallmarks of a Regina Academies education.

The Hallmarks of The Regina Academies

Imagination is a uniquely human gift. It allows us to conjure in our minds images from things we cannot see, or to be moved through our senses to thoughts of things eternal. If we follow St. Paul’s definition of faith as “the realization of what is hoped for and evidence of things not seen,” (Heb 11:1) faith itself requires an active Christian imagination. It is our imagination that allows us to contemplate the reality of God who we cannot see. It allows our minds to move from what we can see to what we cannot see.

Of these three transcendentals, beauty, the one experienced by the senses, is the gateway to the other two. How often does a truly beautiful piece of music or work of art, or a scene in nature bring our mind to God and his glory? Our imagination is God’s gift that enables us to know truth and goodness – and therefore Himself.

William Blake wrote about this kind of imagination in his Auguries of Innocence:

“To see a world in a Grain of Sand

And a Heaven in a Wild Flower

Hold Infinity in the palm of your hand

And Eternity in an Hour.”

In philosophy and theology, truth, goodness, and beauty are called “transcendentals” because they facilitate this movement beyond the physical to the metaphysical, or to the true nature of our being in relation to God, our creator. They are expressions of our ultimate desire for God who Himself is true, good, and beautiful.

When we see God’s goodness in creation, we call it beautiful. But we can also see his goodness in the saints who lived in the truth, and who by God’s grace and their perseverance in faith attained holiness. They, too, express God’s beauty by expressing in their lives his truth and by radiating his goodness for the inspiration of others.

Mother Theresa was not a physically beautiful woman, but she radiated the beauty of God’s love in the dedication of her life to serve Christ in the poor.

The saints are our examples of the infinite potential of the human soul to be formed by grace in the imitation of Christ. The human quest to know ourselves and to realize that potential has defined the art and literature we refer to as classical.

Forming Children in the Transcendentals

Francis X. Maier is a senior fellow in Catholic studies at the Ethics and Public Policy Center and senior research associate in constitutional studies at the University of Notre Dame. For 23 years he served as a special assistant to Archbishop Charles Chaput, first in Denver, and then Philadelphia.

Unfortunately, it would be hard to find evidence to disagree with Mr. Maier’s comment. Education becomes indoctrination when it fails to form students in their true identity as individuals created in God’s image, whose sole purpose in life is to know, love, and serve God?

The mission of Catholic classical schools like the Regina Academies is first and foremost to nurture better human beings by forming their moral imagination in faith and reason. Lest parents fear that their children will not receive the education they need for success in life (the failed promise of public education), an education that forms students who know how to think rather than what to think is an education that best prepares them intellectually and humanly for college, career, and life.

Classical schools do not indoctrinate students in contemporary ideologies, nor are they trade schools whose purpose it to prepare children for careers. They are far more than that.

In the earliest stage of the trivium, the grammar stage, children are given the tools they need for life-long success. Young children’s moral imagination is inspired by wonder and they are challenged to see beyond the beauty they can see in creation, to the truth and goodness of its creator. They study ancient myth and learn the folly of the Greek gods. They read about famous men and women of history and the consequences of their moral choices. They encounter strength and weakness, triumph and folly, and the consequences of virtue or misdirected passions.

As students move through the logic and rhetoric stages, their study of the humanities continues to expand their moral imagination. They witness the triumphs and tragedies of moral choices found in the great books, so that when their time comes to make similar choices, they will act in the right way – the virtuous way. In art and music classes they are invited to be co-creators with God in expressing their own creativity. In math and science they continue to uncover the rational mind of God in creation and the unity of all things in his handiwork.

Of course, we know that not all imagination is moral. T.S. Eliot in a series of three lectures given at the University of Virginia in 1933 (After Strange Gods) warned of the “intrusion of the diabolic into modern literature” and how it operates “through men of genius of the most excellent character.”  He said that these have “a soul destitute of humility and filled with self-righteousness.” He even called them “fatal” leaders.

Almost 90 years after Mr. Eliot’s lecture in Virginia, we find ourselves living in a culture saturated with self-righteous fatal leaders – pop “icons” who become wealthy forming children’s’ imaginations in ugliness and base sensuality. Their “art” is deadly to young souls. It would be an impossible stretch to say they are of “excellent character.”

In the First Things article referenced above, Mr. Maier states that, “The human heart longs for beauty and thrives on beautiful art, music, literature, architecture, religion, and education. That’s why these pursuits are so often called ‘the humanities.’ A diseased culture produces ugliness in its manners, imagination, and everything else.”

The Russian author Fyodor Dostoyevsky wrote in The Idiot, that “Beauty will save the world.” By forming the moral imagination, Catholic classical schools like the Regina Academies fulfill the desire of the human heart for beauty – a beauty that radiates truth and goodness and leads souls to the Savior who indeed came to save the world.

Our prayer for our students is that through beauty their pathway will be toward the good and the true, and that they will grow in wisdom and virtue with strength to resist the poison apple of the “fatal leaders” and cling to the one who indeed is Truth, Goodness, and Beauty. The one leader who himself is the Way, the Truth, and the Life.

*Header image: Saint Teresa in Ecstasy, Gian Lorenzo Bernini (1598-1680). Cornaro Chapel, Santa Maria della Vittoria, Rome. Bernini captures the moment of the angel’s visitation to St. Teresa of Avila when her heart was pierced with a spear leaving her “on fire with a great love of God.”