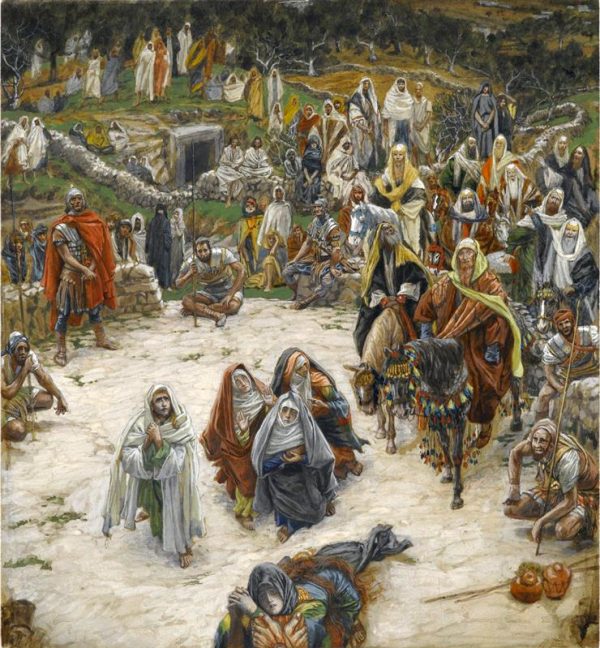 The Golden Circle and the WHY of Classical Education

Simon Sinek is an author and motivational speaker who is best known for popularizing the concept of WHY. His first TED Talk in 2009 has received over 50 million views, and his book, Start with WHY has sold over 1 million copies in the U.S. alone.

Mr. Sinek’s success can be attributed to his engaging presentational style, but especially the truth of his simple message: Only individuals and companies that clearly understand their WHY are successful. Why? Because only those who can clearly articulate their purpose, cause, or belief (their WHY) are able to inspire loyalty and command trust.

Christians experience this power each year during the celebration of Holy Week. The WHY of Jesus suffering and death becomes palpable through the texts and rituals of the liturgies. Through them, we are renewed in our commitment to serve a Savior who suffered and died, so that through him we too can overcome death. This WHY is beautifully articulated in one of the most well-known passages from the scriptures:

For God so loved the world that he gave his only Son, so that everyone who believes in him may not perish but may have eternal life. (John. 3:16)

The WHY of Christ’s passion was to offer believers salvation from sin and eternal life, and that WHY transformed the hearts of his first disciples, and eventually the world.

Mr. Sinek says that the importance of WHY resides in human biology. It corresponds to the middle section of our brain, the limbic system, that is responsible for all of our feelings, motivates behavior, and inspires decisions. It is difficult to articulate a WHY. The proof of Jesus’s teaching is confirmed by the powerful image of the crucifix.

By contrast, Mr. Sinek says that the WHAT of human behavior corresponds to the outer part of the brain, the neocortex. This is the part of the brain responsible for rational thought – it helps us understand facts and figures and is responsible for language. HOW is simply pedagogical, or a means to the desired end. HOW things are done can differentiate one organization from another, but it doesn’t provide insight into the WHY. HOW alone doesn’t change the world.

What emerges in My Sinek’s Golden Circle is a model for classical education. If it all begins with WHY, as Mr. Sinek states. The commonly articulated purpose – the WHY – of classical education is to form students in wisdom and virtue. The Regina Academies state that in a different way: Our WHY is to form joyful saints or individuals in whom wisdom and virtue are oriented toward serving God and their neighbor.

The WHAT, HOW, and the WHY of Classical Education

The Church has stated that the purpose of Catholic education is twofold:

When Catholic education is delivered through classical content and methodology, it is supercharged in its power to transform hearts and minds.

Memoria Press had an excellent article in their Spring 2020 edition of The Classical Teacher called, “How to Teach: Mortimer Adler’s ‘Three Pillars’ Revised.” Adler was an American philosopher and educational reformer who, among other things, founded the Great Books Foundation. In this article they present Mortimer Adler’s philosophy of educational reform, his Paideia Proposal, as it relates to the three developmental stages of education:

Another educational reformer of the last century, Dorothy Sayers, was actually an English crime writer and poet. She lamented that students she encountered knew how to read but had little understanding of words. As she said, “they are a prey to words in their emotions instead of being the masters of them in their intellects” and therefore, they become victims of propaganda. (Sayers, The Lost Tools of Learning, 1947)

It was Sayers who brought the classical trivium forward from the Middle Ages as a developmental framework for the modern return to classical education. Beginning with the grammar stage, the earliest years when a child’s neurological development is ripe for learning facts and figures, the tools of life-long learning are gradually imparted and sequentially developed. The logic stage (roughly middle school) further develops their abilities through cultivating their intellectual skills. This stage puts the learning of the earlier years to the test.

Ultimately, the process of forming children in the classical model is to teach them to think critically so that they are not “prey to words,” as Sayers said. The ability to think critically and grow in wisdom is the WHY, or the purpose of classical education. That is why continuing a classical education through high school is so critically important. It is in this final stage of the trivium during which moral and intellectual literacy are formed and students come to embrace their WHY, leading to a life of service to God and neighbor.

If the WHY of a Catholic classical education is to form joyful saints, then student’s potential becomes boundless. Their lives are open to grace and formed by God’s wisdom in faith and reason to serve him and all those they encounter. It is the surest way to form joyful saints.