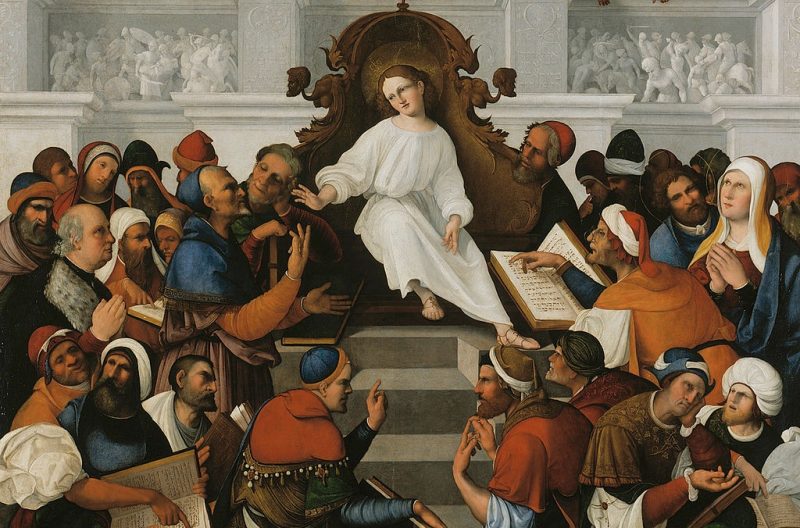 When parents consider a Catholic school for their children, they are most likely looking beyond academics to something more. A school that will provide some formation in values that the family shares. But, a reasonable question to ask, with so many different options is, What is Catholic education and how does it go beyond the academic formation of other schools?

There are many different ideas about what a Catholic education should be. Some long for the rigor of “the good old days” and others relate those days to habited nuns whacking knuckles with rulers. Some seek out schools that claim to be in the Catholic “tradition” but to others, many of those schools are not recognizably Catholic. Everyone who has been touched at any point in their life by Catholic education seems to have a story to tell, and an opinion to go along with it.

So, how does a parent decide? Is a Catholic education worth the cost?

What is Catholic education?

The document says that students in Catholic schools should:

To summarize, Catholic education must serve two fundamental and related ends. It must:

The Council made clear that Catholic education has a clear priority, and that priority is a spiritual one. It is the responsibility of Catholic education to form students to understand that our first obligation as human persons is to God: We are to love him with all our heart, soul, and mind (Mt 22:37-38). But formation in faith is more than personal. It should also form children to assume adult responsibility to God and country – you must love your neighbor as yourself (Mt 22:39).

These priorities place Catholic education in tension with our modern culture that resists religion and values secularism. The roots of that tension, as we will see, are deep.

Catholic education in tension in the United States

Catholic education came to the U.S. before the revolution. Our oldest Catholic school is the Ursuline Academy in New Orleans, a school for girls founded in 1727 by the Sisters of the Order of St. Ursula. Ursuline graduated the first female pharmacist and offered the first classes for female African American slaves and Native Americans. Those in the mid-Atlantic region know Saint Elizabeth Ann Seton, the patroness of Catholic education, who began her free school for girls in Emmitsburg, MD in 1810. It is notable that these first two Catholic schools in the colonial United States were founded to educate girls in poverty.

The colonial United States was largely protestant, and therefore the public education system that developed into the 19th century reflected an anti-Catholic sentiment that was a reaction against the heavy Catholic immigration into the U.S. from Ireland, Italy, and Eastern Europe. Many believed that these Catholic immigrant children needed to be educated in public schools in order to become fully American, but Catholics feared that their children would be led away from the faith under strong and prejudiced Protestant influence.

Bishop Neumann became the first U.S. bishop to organize a diocesan school system where Catholic parents could have their children educated in the schools that strengthened their faith against the dominant culture surrounding them. St. John Neumann was responsible for establishing 200 parish schools in the diocese of Philadelphia and for bringing teaching orders of nuns and brothers to Philadelphia to staff those schools.

President Ulysses S. Grant encouraged protestant legislators to propose an amendment to the U.S. Constitution that would prohibit public funds from being used to support Catholic and other religious schools. The Blaine Amendment, as it was called, failed at the federal level but state legislatures in 38 states adopted them into their state constitutions. These Amendments stated that public education must be free from any sectarian or denominational control. It is interesting, however, that at the time the amendments were added to state constitutions public schools were not completely secular. They were strongly influenced by Protestant culture and included the use of Protestant prayer and Protestant bibles for instruction.

The Blaine Amendments are still in force in some states. In fact, a case is before the Supreme Court now (2020) on behalf of a family that claims the state of Montana is discriminating against their family in a scholarship tax credit program because the children go to a Christian school. The case is called Espinoza v. Montana Department of Revenue and is worth reviewing. Montana’s program is very much like Pennsylvania’s Educational Improvement Tax Credit (EITC) program. If the Supreme Court rules in favor of the Montana Department of Revenue in this case, similar scholarship programs could be threatened across the country. [NOTE: on June 30, 2020 SCOTUS reversed the remanded the case ruling that religious schools cannot be excluded from state funding for private schools.]

This brief history of Catholic education in the U.S. history has two purposes. It helps explain the ongoing opposition to any effort to support school choice, but more to our point, it illustrates that Catholic education has always been in tension with the dominant culture. In the 18th and 19th centuries, that culture was Protestants and anti-Catholic. In the 20th and 21st, it is because Catholic teaching is in opposition to a secular values.

As public education in the U.S. has become increasingly secular it is increasingly overcome by progressive ideologies rooted in a flawed understanding of the human person. According to some reports our public schools are dominated by a strong majority of liberal-minded people whose academic mission is to further progressive ideals that challenge the values of our founding and even discourage rational discourse and a diversity of ideas.

Authentic Catholic education is not driven by any ideology. It is driven by the mandate to form children, in cooperation with their parents, in holiness and truth. With this formation they can assume their role as Christian adults in building up the body of Christ and renewing human culture.

This is not to say that going to a Catholic school should be like going to Church. It simply acknowledges that there is a proper order in forming the human person that responds to the inherent spiritual need of the person. God created us to love him, serve him, and to be with him through all eternity. We love him and serve him by fulfilling the purpose God has for us. The more Catholic education shifts its gaze away from this priority, the more it fails in its mission.

St. Paul encouraged the Romans to not be conformed to the world, but to be transformed by the renewing their minds (Rom 12:2). Our society is desperate for wise and intelligent leaders whose minds have been renewed in Christ, and whose virtue allows them to live freely so they can help others to be truly free. This is the mission of Catholic education.

Secular education wants conformity to a progressive social ideal, not freedom of thought. Unfortunately, some Catholic schools have moved away from their mission and do not form students to resist the culture that they are immersed in each day.

Since the Enlightenment those of us in the west, even many Christians, have fallen prey to a dualistic understanding of the human person. We fracture the unity that God created in us as body and spirit by training the mind and starving the spirit.

When the spirit is starved, it is no longer the animating force that guides our understanding and purpose. Religion set aside from daily life has no influence over our actions and moral choices. When our careers are animated by the desire for personal success and not the desire to serve, we can become worse than beasts in the workplace. When Catholic schools prioritize career training or academics over an integrated spiritual and intellectual formation that sees career as a pathway to holiness and a gift to the community, then we produce nones, those who don’t identify with any religious belief. Every new poll shows us that the number of nones is growing.

Authentic Catholic education, like the classical liberal arts education offered by the Regina Academies, is only authentic when it is grounded in an understanding that the first priority of a school is to guide students to understand the two priorities drawn from the Vatican Declaration on Christian Education cited at the beginning of this post.

Authentic Catholic education is a joyful exploration of faith and reason because it acknowledges the truth of the human person as created in the image and likeness of God as a unity of body and spirit. The curriculum of Catholic schools begins with the incarnation and stresses the integration of faith and reason through a program of study intended to guide students in wisdom and virtue. Religion is taught, but not only as a separate class. God is everywhere and the starting and endpoint of all we do.

As we reflect on Catholic Schools Week and parents seek out the best education for their children, we thank God for the gift of his Son who is the model of the perfect man, and who desires that we all be formed in his image. We thank God for authentic Catholic schools who prayerfully form students in the image of Christ, and for all the benefactors who so generously support them. We are very thankful for the gift of our children – each a unique and unrepeatable gift of a loving creator – and for the hope we see in them for the restoration of all things in Christ.

An Education to Make us “gods”

The Incarnation as the Foundation of a Classical Liberal Arts Education