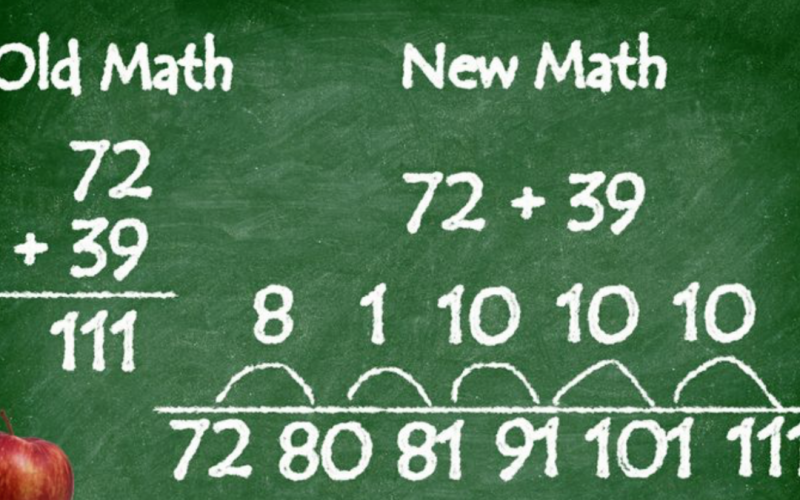 Raising children who will be prepared to meet the challenges of an increasingly complex and competitive world is one of a parent’s greatest concerns. Two reports were published last week that should cause them alarm. They show that innovation in education has not been in the student’s best interest.

The Nation’s Report Card has issued the results of its biennial test of student progress. Their National Assessment of Educational Progress is mandated by Congress and managed by the U.S. Department of Education. The new results reveal the human cost of innovation in education: American 4th and 8th grade students scored lower in reading than the last time they were tested in 2017. In math, 4th graders scored one point higher than 2017, but 8th graders scored one point lower.

The overall trend for the first 15 years of the evaluation, up to 2005, shows considerable improvement in math performance. Since 2005, however, scores have barely increased, only fluctuating a few points around the mean. Reading is a different story. Where math had improved during those first 15 years by as much as 30 points, reading only improved by 3 points.

If reading is the gateway to all learning, children have been ill-prepared in the most important skill they need to have for their future success.

Read about the success of the Regina Academies’ classical curriculum

The second report, published on October 30, 2019, came from the ACT, the company that developed the ACT® Test to assess academic achievement and mastery of the skills and knowledge taught in schools. The ACT is an alternative test to the SAT and is also accepted by many colleges and universities for admission. The ACT first developed a set of benchmarks in 2005 that could be used as an indicator of the likelihood a graduating high school student would be successful in their first year of college.

Each year since 2015, when the benchmarks were revised to include STEM and English Language Arts, the data has shown that American graduating seniors are less prepared for college than the year before. In fact, only 37% of 2019 high school graduates met at least 3 of the 4 ACT Benchmarks of College Readiness and yet 73% of graduating seniors expressed a desire to pursue postsecondary education.

Even more of a tragedy than schools failing to prepare about half of the students who want to go to college to succeed, only 9% of graduates from minority, low-income families, and children whose parents didn’t attend college met three or more ACT College Readiness Benchmarks.

This led Department of Education Secretary, Betsy DeVos to say that “This country is in a student achievement crisis, and over the past decade it has continued to worsen, especially for our most vulnerable students,”

Progressive education’s academic elites continue to fail the most disadvantaged with innovation in education that promises, and yet fails, to provide a better education for students. The latest of of these innovations has been Common Core.

Both the Nation’s Report Card and the ACT College Readiness Benchmarks average scores of students from public, charter, private, and parochial schools. If you dig into the data from the Report Card, you will find that independent and Catholic school students do perform at a significantly higher level than students from public and charter schools, but that is no surprise. The demographic of students in private and parochial education is likely one more apt to succeed because of their social and cultural advantage.

Classical schools are not singled out in either of these reports; however, another source reveals the difference a classical education can make in a student’s academic performance, and the proof is in the numbers.

The Association of Christian Classical Schools (ACCS) has published research that shows how much better classically educated students do on standardized tests compared to those who attend public, religious, and independent schools. In 2017, the national average ACT College Readiness score was 21.0. The average for classically trained students of member ACCS schools was 26.0, or 25% higher. In 2015, the average SAT score for ACCS students was 1252. Independent school students averaged 1160 and public-school students 1044 that same year.

The bottom line is that students who receive a classical education are not victims of an educational system driven by the innovation in education promoted by academic elites. They are formed by enduring values and great books to know how to think, how to reason, and how to discern the truth. In short, they are formed in wisdom and virtue by what is good, true, and beautiful. What better way to be prepared to meet the challenges of our increasingly complex and competitive world.

Faith and Reason, the Antidote to Restless Hearts